The Agricultural and Labor Program, Inc. 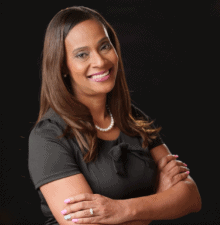 Dr. Rosalind Osgood, a Broward County native, holds both Master and Doctoral degrees in Public Administration from Nova Southeastern University. In 2001, Dr. Osgood had the unique honor of being the first woman in the history of the New Mount Olive Baptist Church to be licensed, ordained, and positioned in the pulpit as a preacher. In December of 2007, she earned a Master’s of Divinity Degree from New Orleans Southern Baptist Theological Seminary.

She currently serves as the Chief Executive Officer of Mount Olive Development Corporation, Chair of the Broward County School Board, and Associate Minister at New Mount Olive Baptist Church.  She is a highly sought after itinerate Preacher.  Dr. Osgood is a former adjunct professor at Nova Southeastern University – Huizenga School of Business. She is the author of two academic articles and two books, “The Story Behind the Story” and “Influential Woman Leader”.